You can enable/disable right clicking from Theme Options and customize this message too.

In Gujarat I found the profound essence of India. Gujarat is the part of India where Mahatma Gandhi came from and you can understand why.

Even though so diverse as per landscape or urban environment, the diversity of different tribes and cultures interlace in a unique and common ground: spirituality. 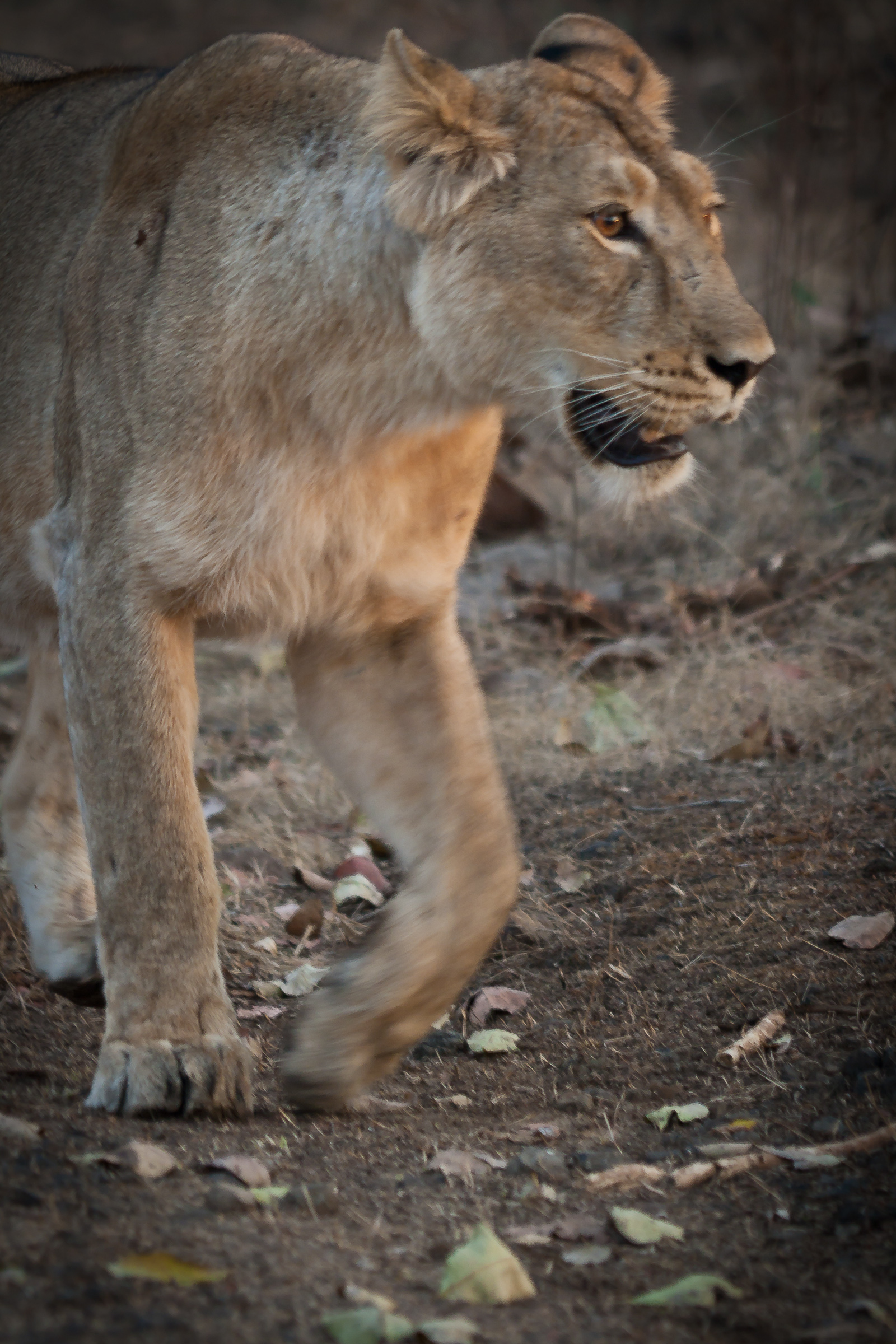 a close encounter with an Asiatic lion. Smaller and paler than their African relatives.

As per a start I didn’t want to miss the sight of the last Asian lions, which are smaller in size and with a lighter fur. No more than 500 hundred survive only in the Sasan Gir National Park. Not easy to spot, you can spend hours waiting for them to move in search of their prey. They hide well in the forest, full of trees. I decide to have two Safari in order to observe them well and spot the differences of the two species; I also take a walking Safari along the river bank, full of bird’s nests.

On the third day I proceed to Junagadh, 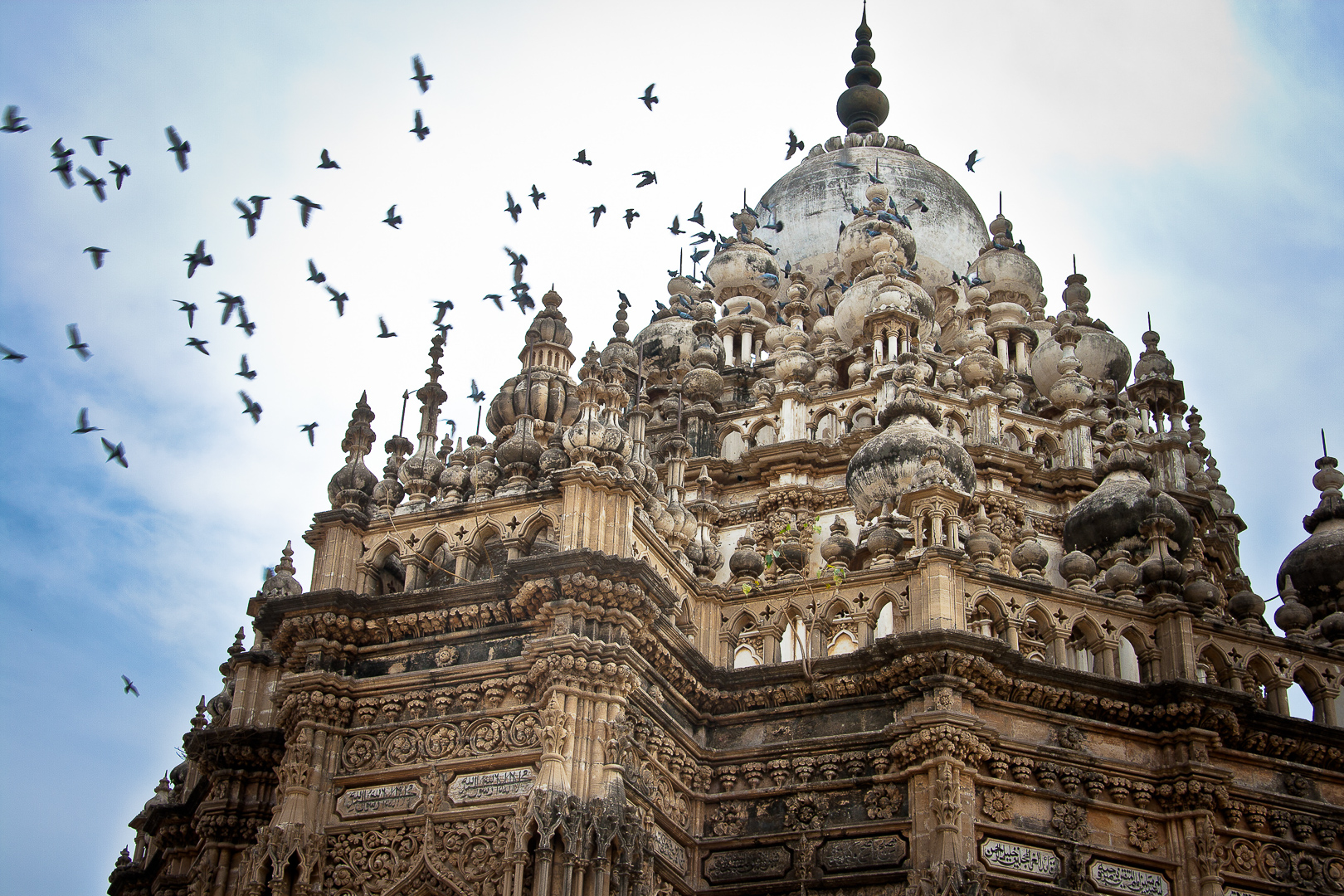 of historical importance, with the Rock edicts of Emperor Ashoka (III BC). Many forts rise from the hillside, some worth visiting, and the town itself is rich in Palaces, monuments, mosques, colleges. The Palace museum has a fine collection of manuscripts and archaeological finds. I hike for a short while on Mont Girnar, 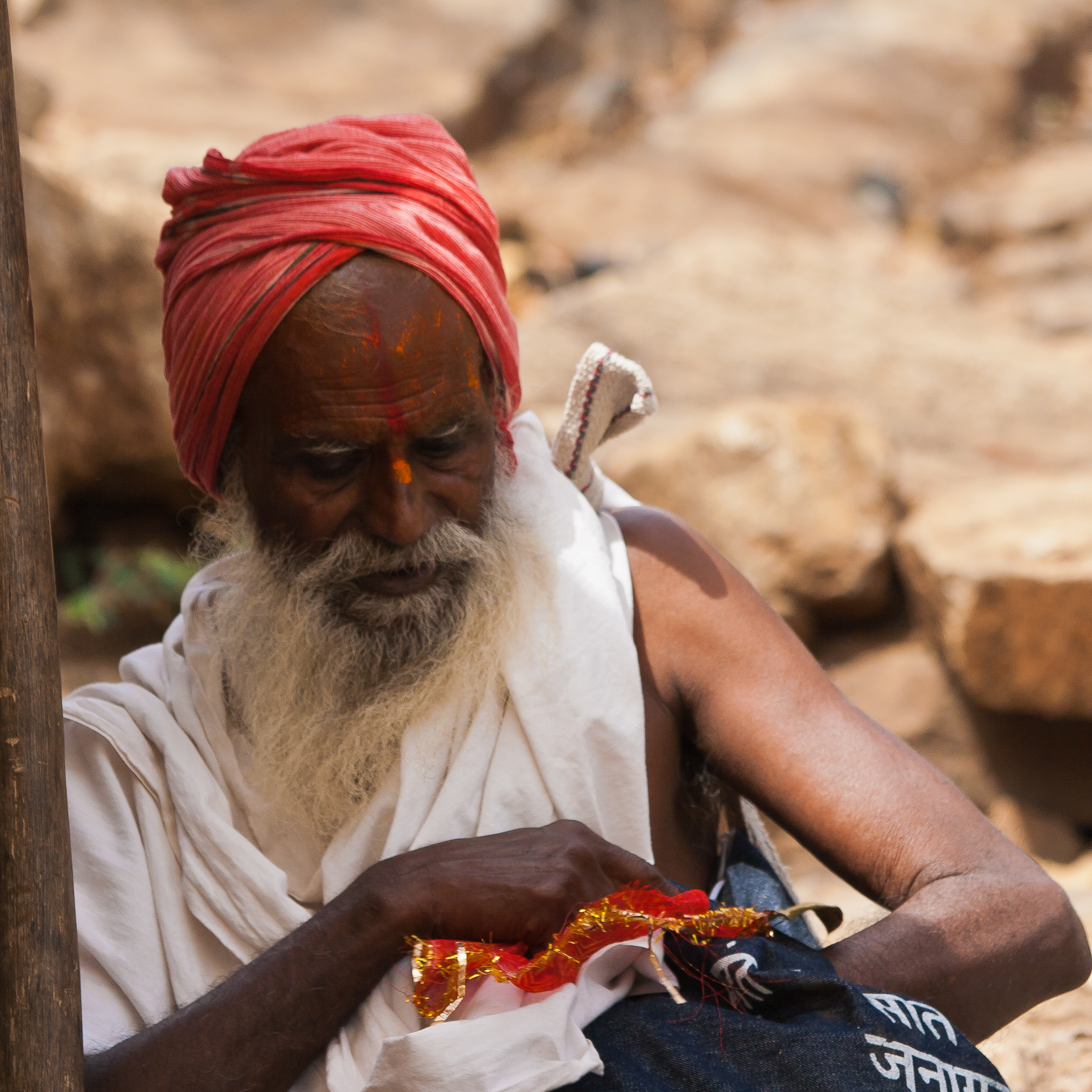 On the way to Mount Girnar, we see many holy men praying and chanting

with exquisite Jain Temples on the way up, but my attention is caught by the multitude of diverse ethnic groups and I stop just to visualise the colourful multitude of believers.

I decide to make a detour from the main road and I reach Raikot, where there is Gandhi High School. Raikot is famous for its weaving and probably this is where the Mahatma got the idea of his “weaving philosophy”. 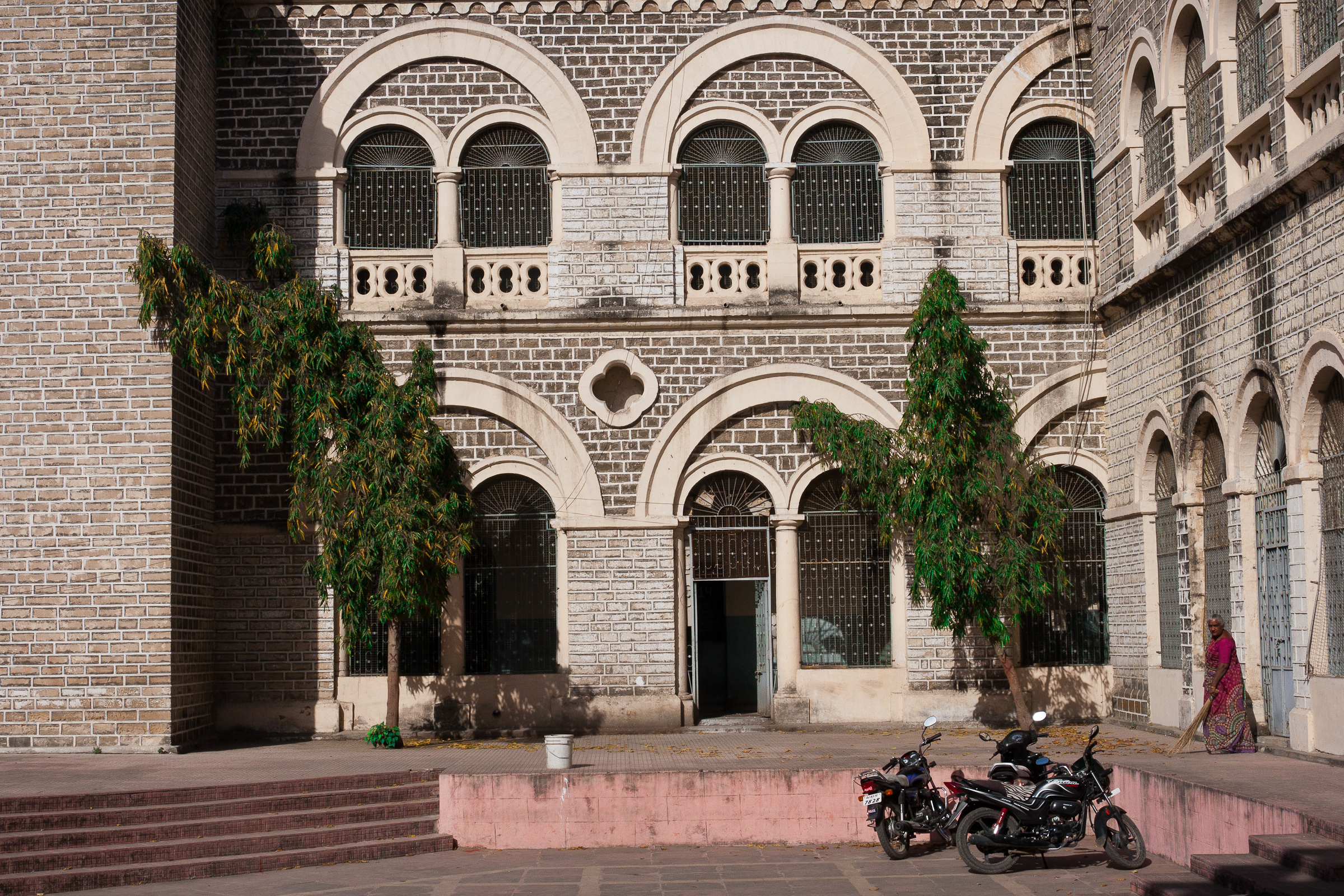 I was so lucky that they allowed me inside and showed me the classes he attended. Because of holiday nobody was around and I could stick my nose inside the whole building. Back to the main road I had an excellent night at the famous Orchard Palace. 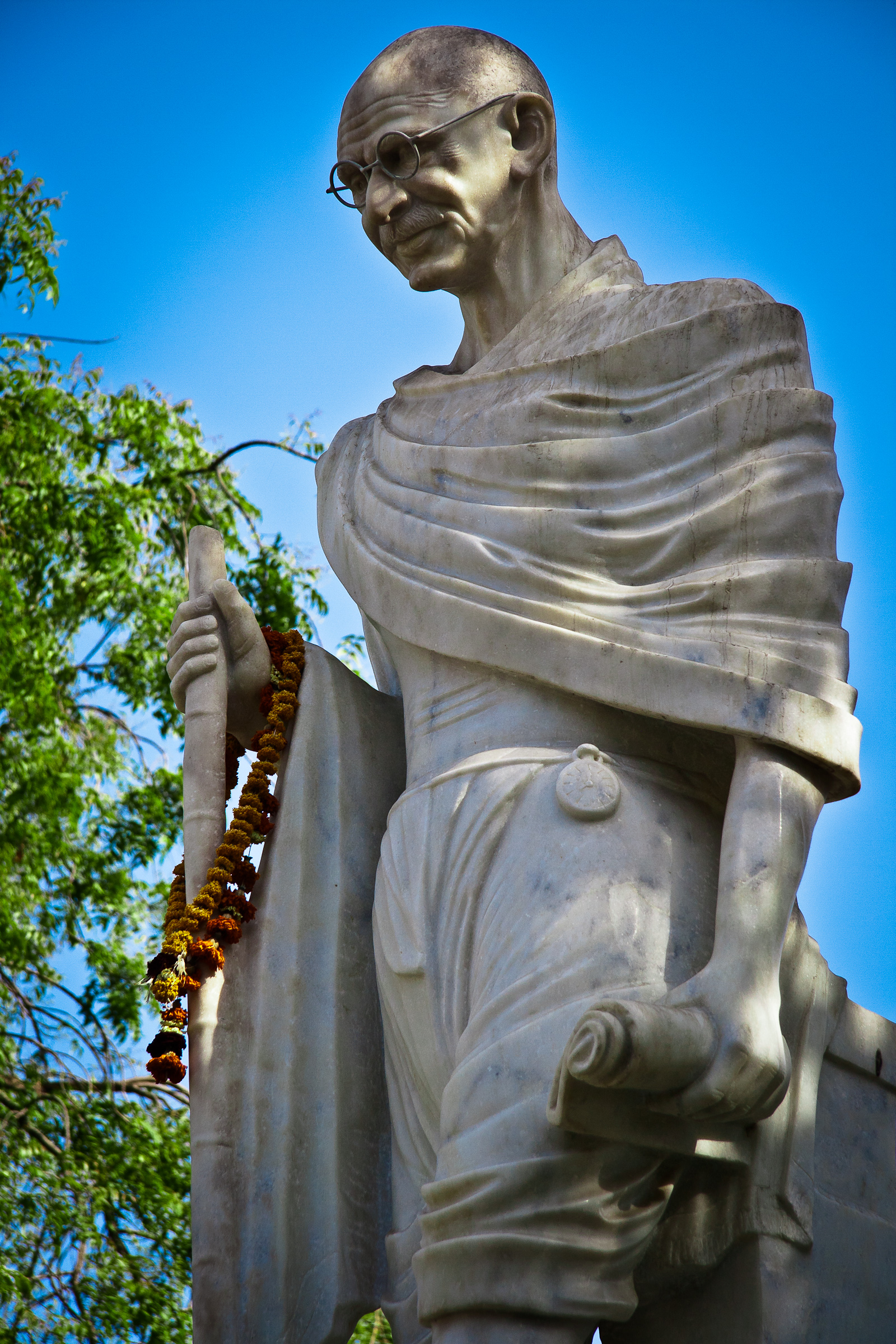 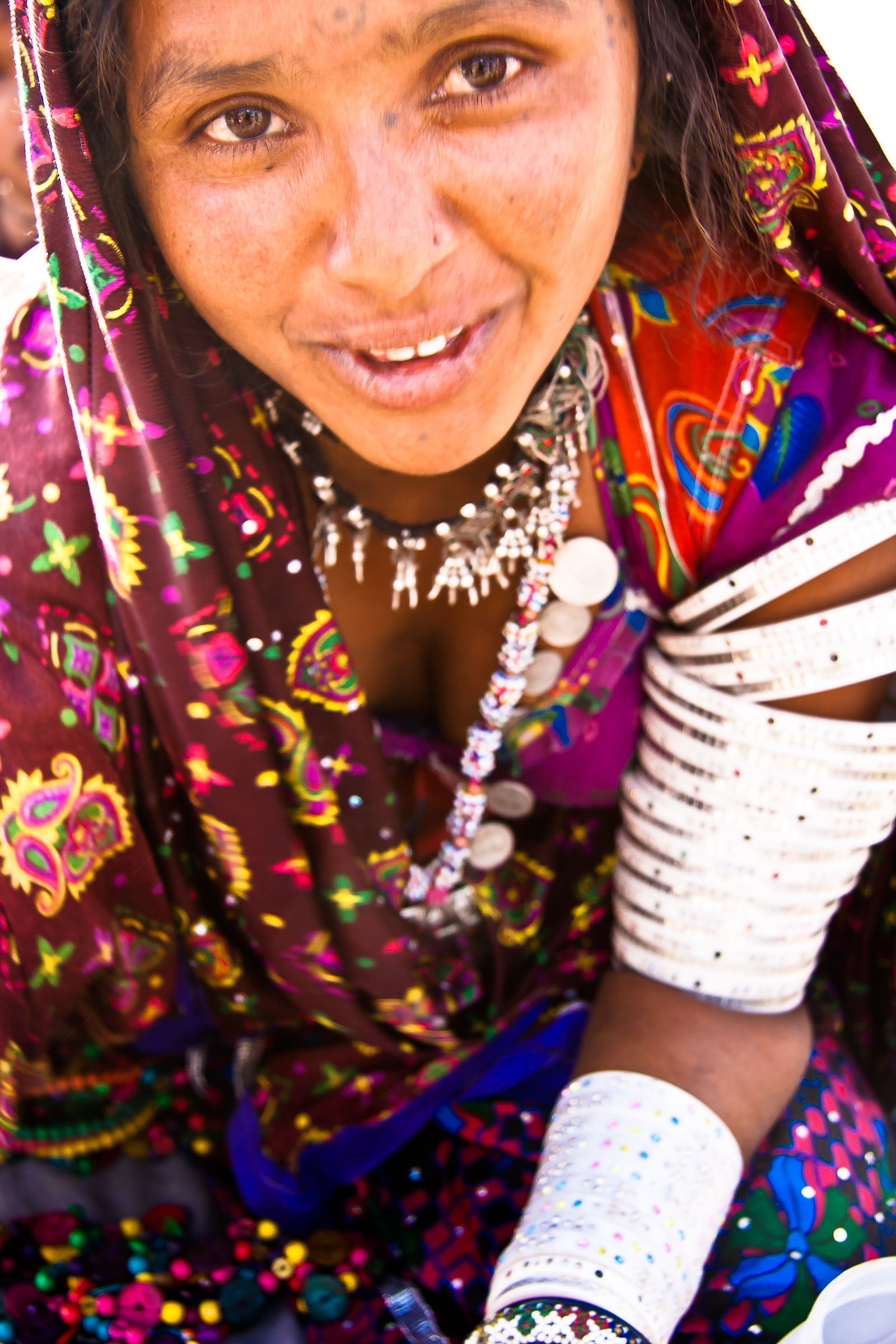 Decorations are never enough for the Rabari. Those cheap bands make for the poor life they lead 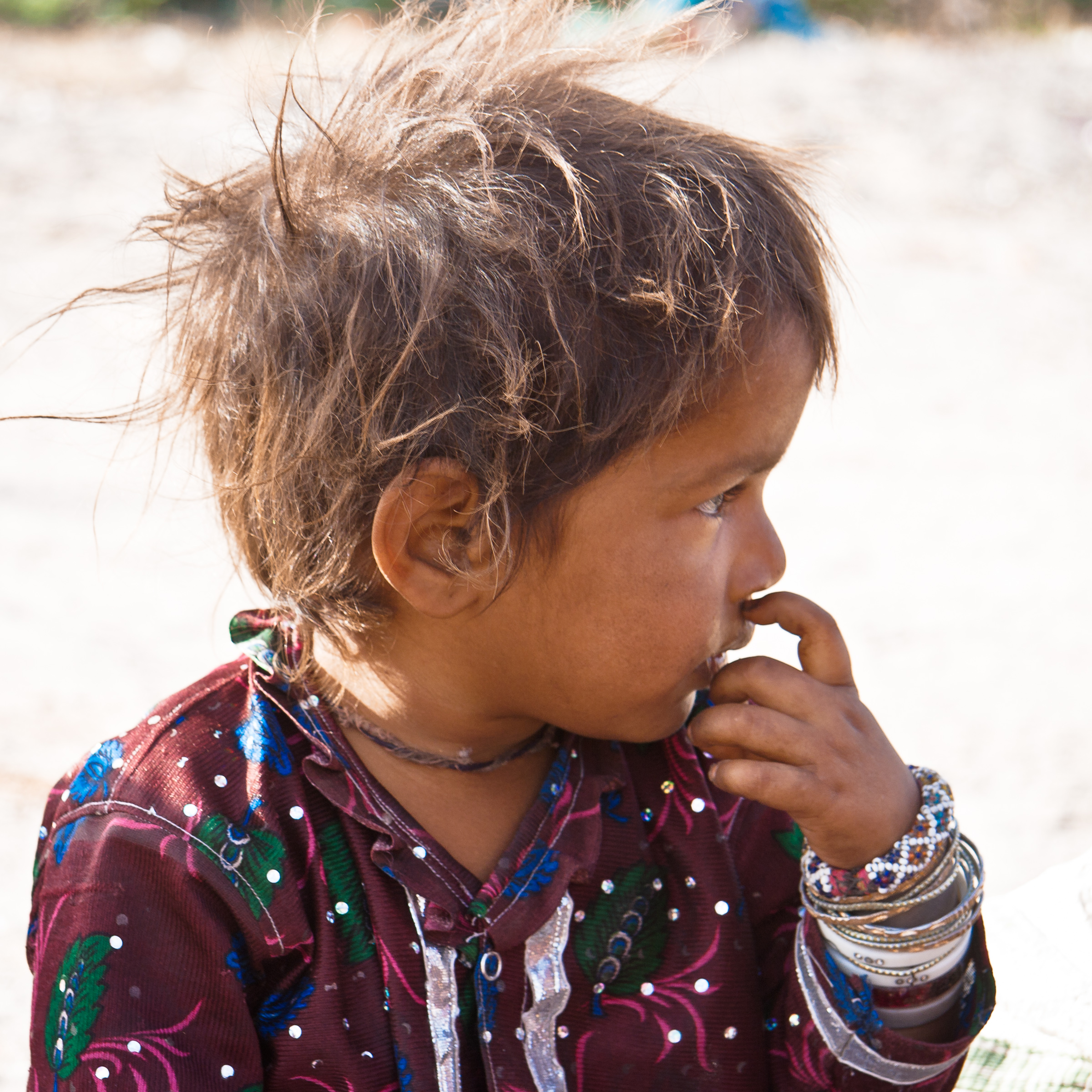 A long drive waited   me the next day: 4 hours to arrive in Little Rann of Kutch. The area is inhabited by pastoral communities, like the Rabaris. They have a fierce look, richly decorated robes stitched with hand-made intricate embroidery; elaborate, unusual, over-embellished and opulent jewellery adorn their arms, ankles and chests. Other groups are nomadic or semi-nomadic, like Bajanias. 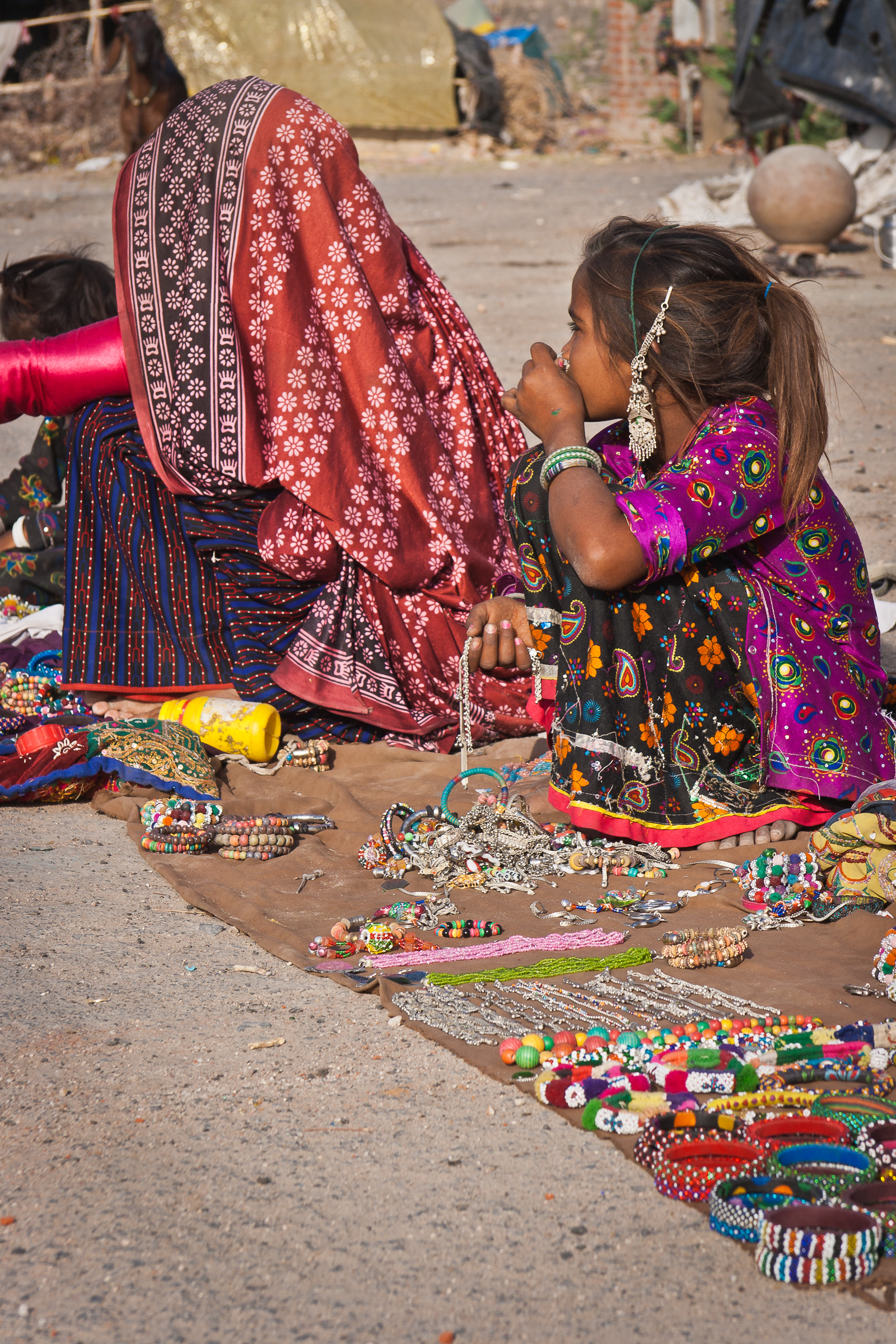 The Rabari attracts tourists along the road, by selling hand-made craf 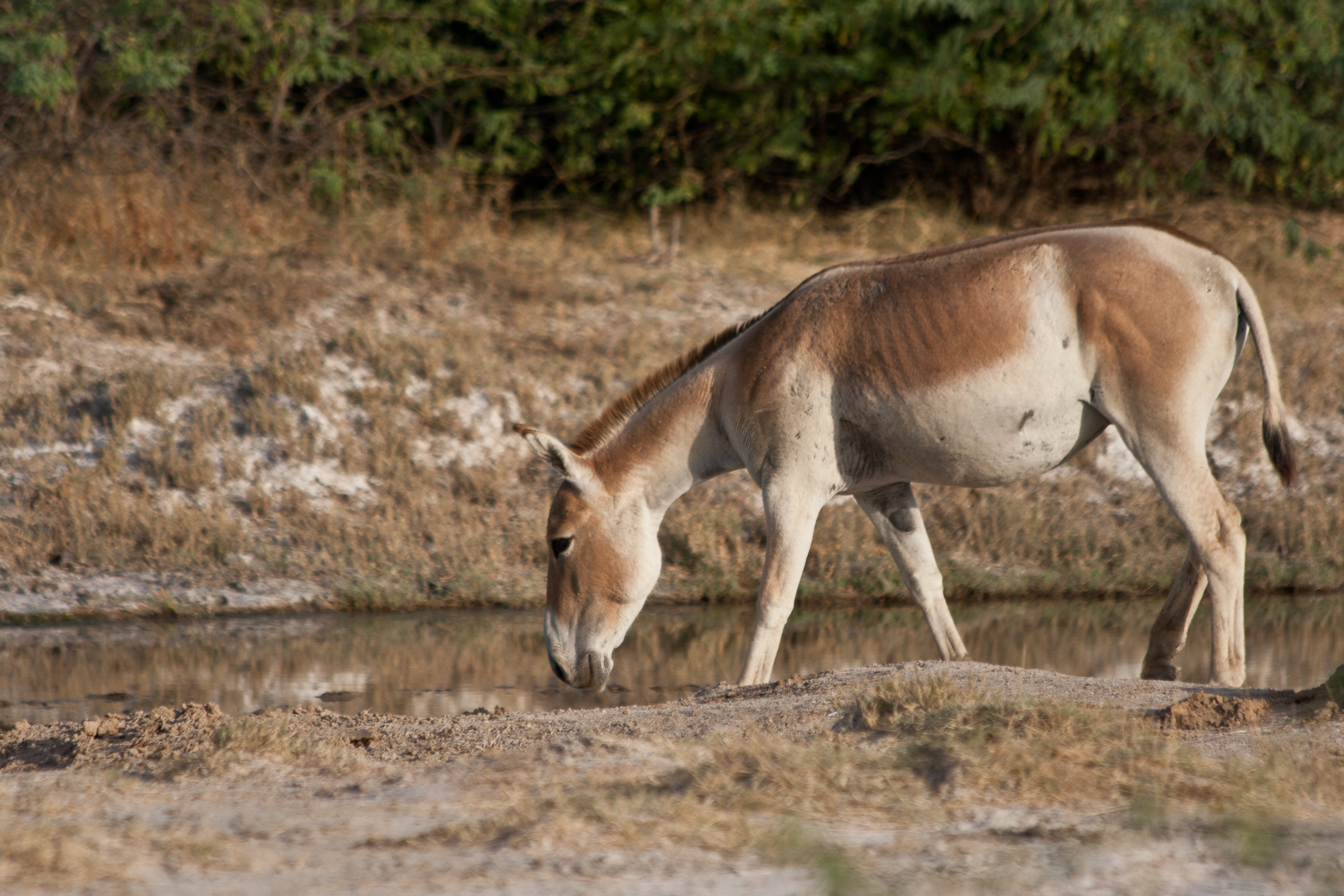 This area is deserted and teaming with wildlife; you can see hundreds of flamingos on the lake shore and the endemic donkey.

The Park is teaming with flamingos

On the way to the national Park I stopped in Zaraibad village. 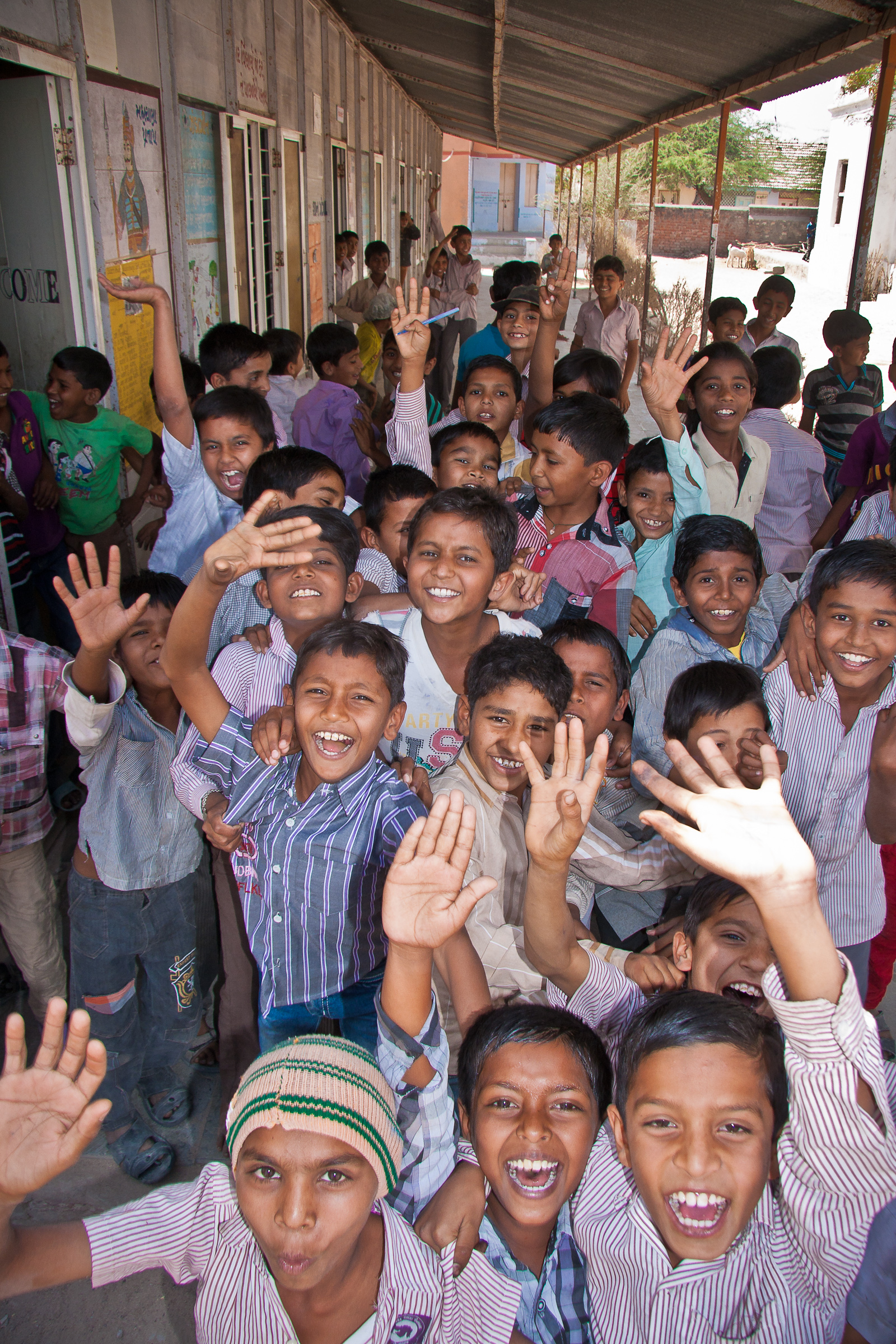 school children in a tiny village near Little Run of Kutch

It was school-break time and all the children run to see me and tried to talk to me with the few English words they knew. It was an emotional encounter. They all wanted to take pictures with me and they didn’t let me go easily. I also stopped in a nearby village to witness the technic they use for embroidery. Nowadays they keep it alive mainly for selling to tourists. The young generation is strongly advised by their parents to leave school in order to earn some money with this trade. And many bright and intelligent students are lost..

Another long drive to Ahmedabad Airport awaits me, in order to return to Western Civilisation, but the impression of this pastoral life will linger on me for a long while. 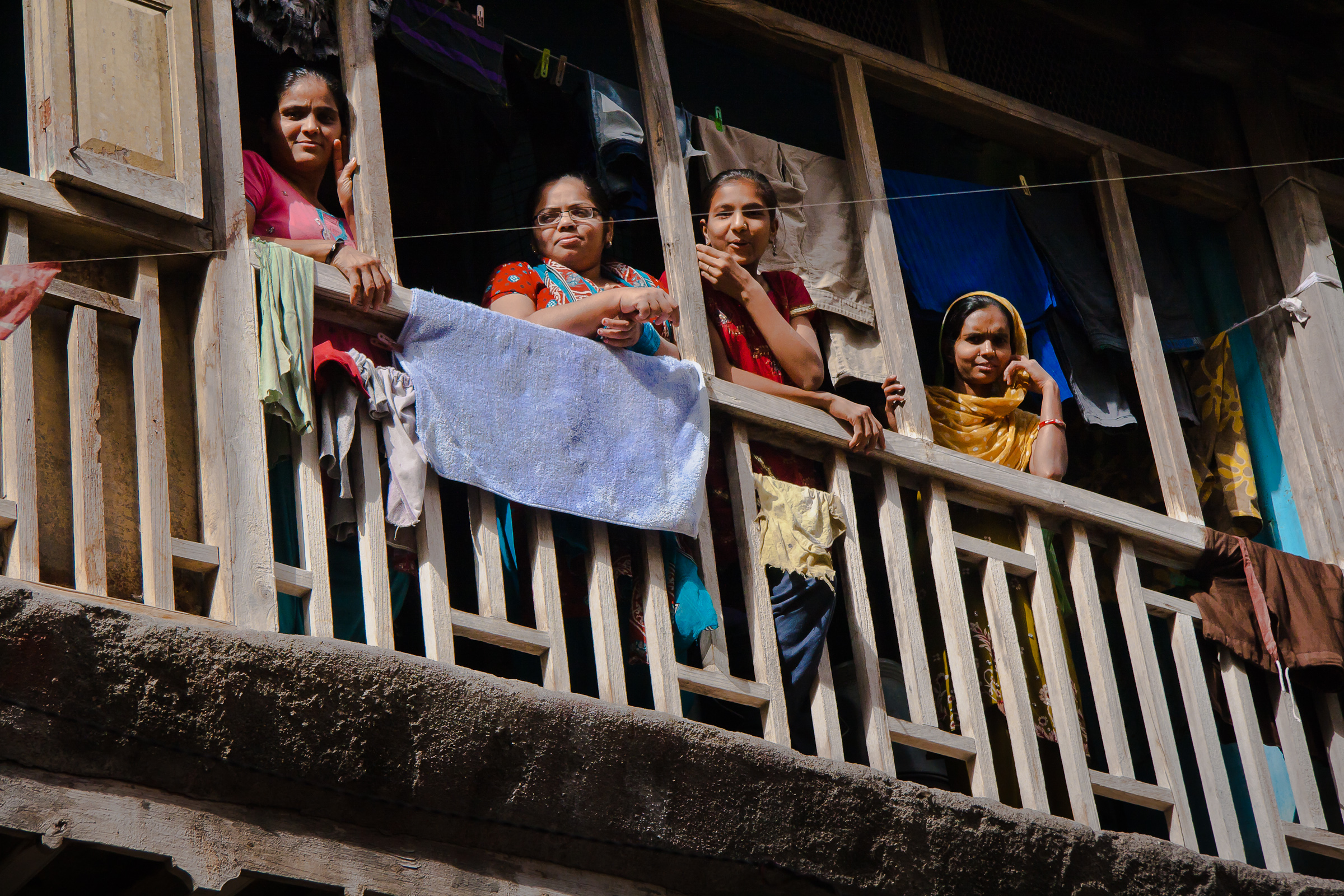 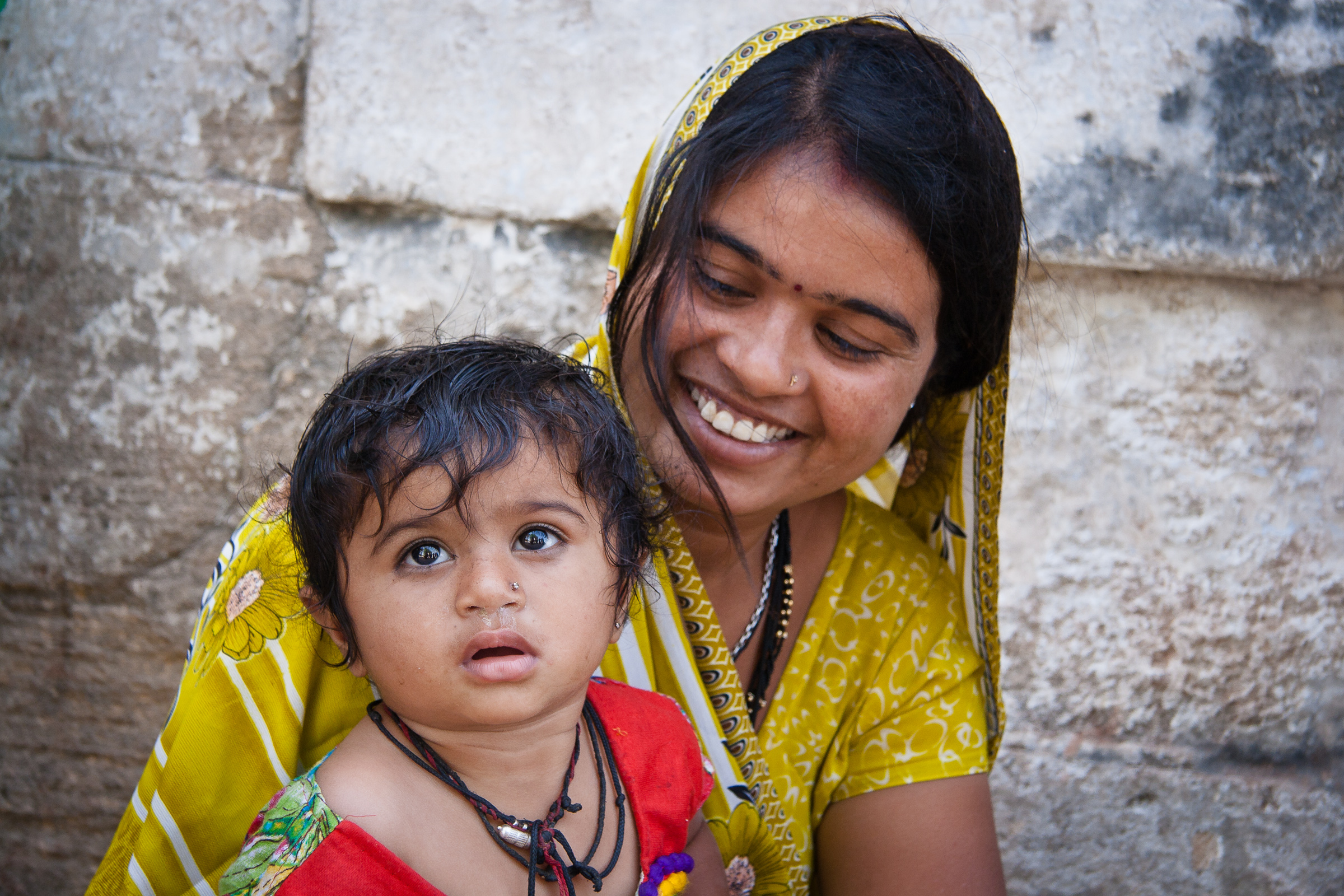 Tenderness of a mother towards her daughter. 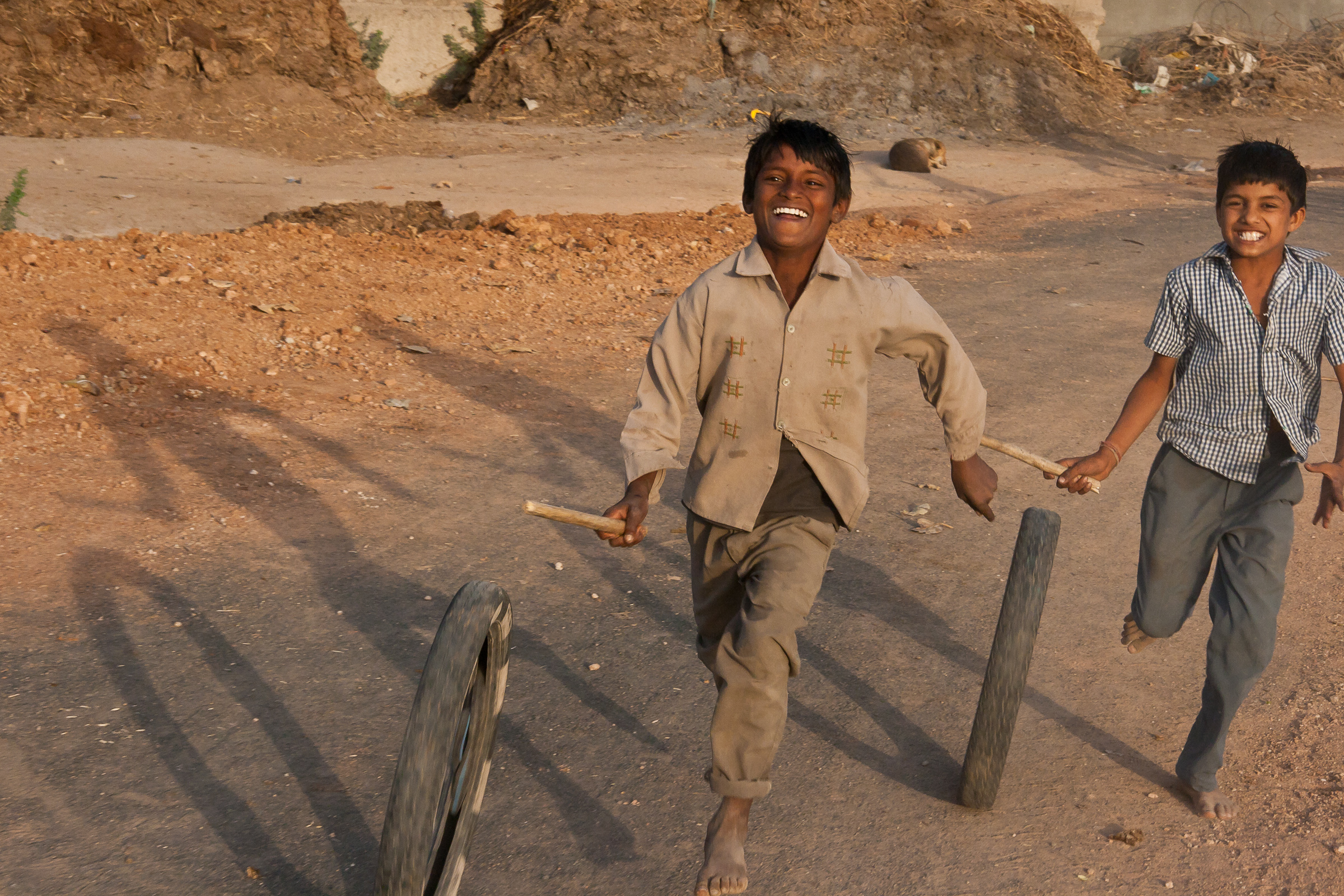 After welcoming in their village, those boys show their skill and run after the car 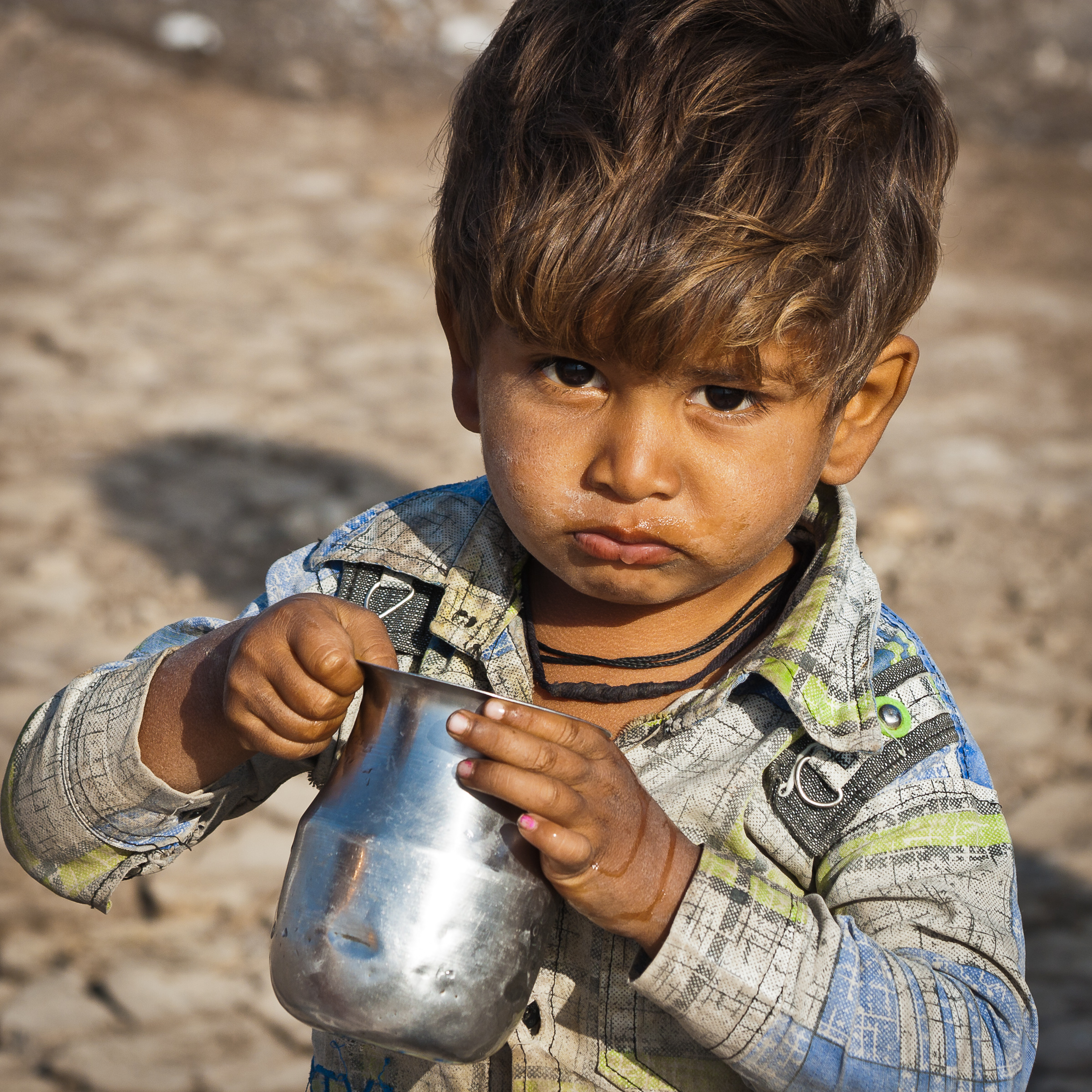 Scared by white people this little boy keep at distance 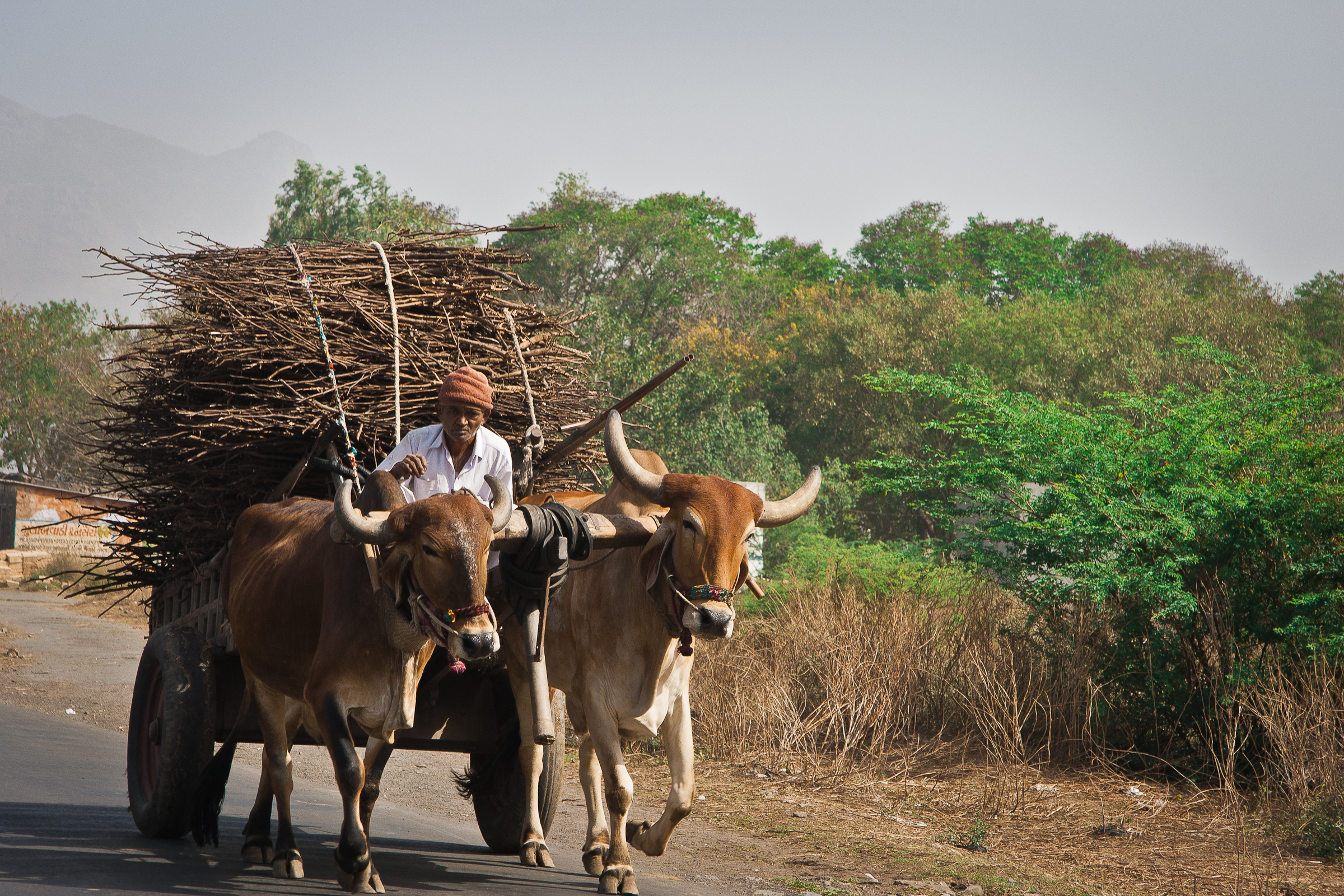 a very usual sight along the road. Cows are used for many domestic tasks